Unemployment down, but job and population growth sluggish in Alabama 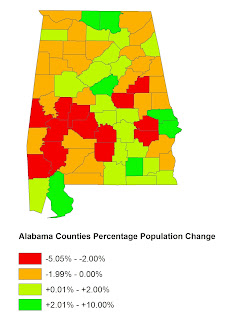 In the latest PARCA Quarterly, we look at what appears to be a contradiction: a low unemployment rate but a relatively small increase in total jobs. And how does that relate to the fact the state has only modest population growth compared to regional peers. That is particularly true among Alabama's larger cities.

Also included is a rundown on enforcement actions taken against governments for providing false or misleading financial information. That includes numbers published outside of official disclosure documents.
Read it here.