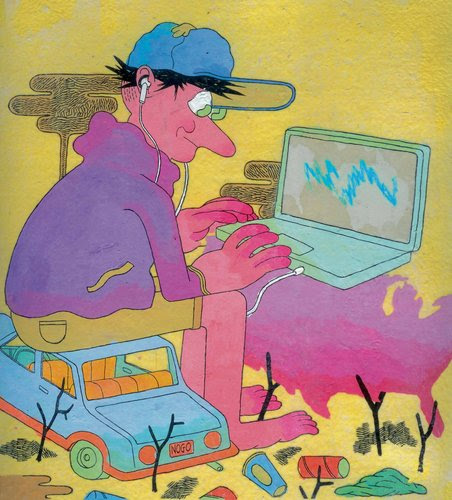 The Go-Nowhere Generation - NYTimes.com: The likelihood of 20-somethings moving to another state has dropped well over 40 percent since the 1980s, according to calculations based on Census Bureau data. The stuck-at-home mentality hits college-educated Americans as well as those without high school degrees. According to the Pew Research Center, the proportion of young adults living at home nearly doubled between 1980 and 2008, before the Great Recession hit. Even bicycle sales are lower now than they were in 2000. Today’s generation is literally going nowhere. This is the Occupy movement we should really be worried about.
- March 12, 2012 No comments:

Email ThisBlogThis!Share to TwitterShare to FacebookShare to Pinterest
Labels: Eclectic

‘Iceman’ Had Brown Eyes and Hair, and Was Lactose Intolerant - NYTimes.com 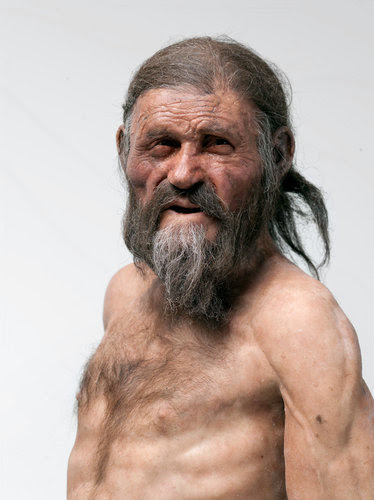 ‘Iceman’ Had Brown Eyes and Hair, and Was Lactose Intolerant - NYTimes.com: The lactose intolerance makes sense, said Albert Zink, an anthropologist at the European Academy of Research in Bolzano, Italy, who was one of the study’s authors.

“In early times, there was no need to digest milk as an adult because there were no domesticated animals,” Dr. Zink said. “This genetic change took hundreds of years to occur.”

But the scientists were surprised to find that �tzi had a strong predisposition to heart disease. “If he wasn’t shot with an arrow, it would have been possible that he might have had a heart attack soon after,” Dr. Zink said.
- March 08, 2012 No comments:

Email ThisBlogThis!Share to TwitterShare to FacebookShare to Pinterest
Labels: Eclectic

The Rediscovery of Character - NYTimes.com Brooks on Wilson

The Rediscovery of Character - NYTimes.com: When Wilson wrote about character and virtue, he didn’t mean anything high flown or theocratic. It was just the basics, befitting a man who grew up in the middle-class suburbs of Los Angeles in the 1940s: Behave in a balanced way. Think about the long-term consequences of your actions. Cooperate. Be decent.

He did not believe that virtue was inculcated by prayer in schools. It was habituated by practicing good manners, by being dependable, punctual and responsible day by day.
- March 08, 2012 No comments: