Renata Adler on the March to Montgomery : The New Yorker 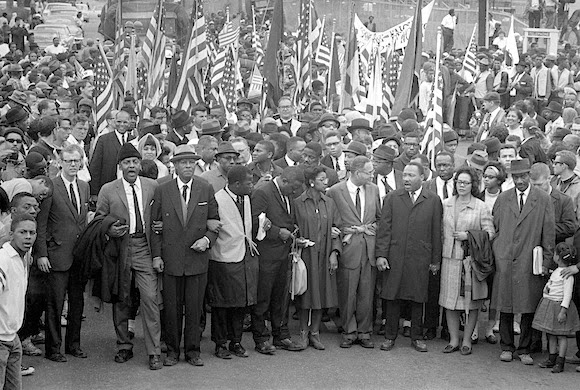 Renata Adler on the March to Montgomery : The New Yorker: Adler resists the impulse to write about the march as myth. Instead, she shows how things are a little disorganized.

Having covered many reenactments of the bridge crossing, I'm glad the "disorganized" character of the original march was consistent with the original.

Our friends at TrekBirmingham have released another update to their burgeoning collection of outdoor destination explications.

The latest addition is a behind the scenes tour of the Shades Creek Greenway, the walking and biking train the runs along the creek banks and Lakeshore Parkway in Homewood.

As always, the TrekBirmingham exploration goes below the surface we see as we amble along, delving deeper to explain the geology, ecology, and history of your everyday surroundings. Such as:

Where was the lake that gave Lakeshore Parkway its name?
How to wade the creek and find hog suckers, stonerollers, and shiners.

And for more options and other destinations check out the TrekBirmingham homepage.
- January 18, 2014 No comments:

Email ThisBlogThis!Share to TwitterShare to FacebookShare to Pinterest
Labels: Birmingham

The Watery Wilderness Down South

I highly recommend a beautiful new documentary I caught this week on Alabama Public Television that explores the great watery wilderness of Mobile Tensaw Delta. It was written and narrated by Ben Raines, the former Mobile Press-Register reporter, now the executive director of the Weeks Bay Foundation.

The documentary, which features Alabama native and well-known scientist E.O. Wilson,  celebrates Alabama's biodiversity and helps us up her in Birmingham both what we have been blessed with and what we are in danger of losing if we don't take care.
There is a movement afoot to preserve the Delta as a U.S. National Park.

You can stream the video from the APT site or I do believe it will be broadcast again on Sunday afternoon if you want to watch it then or record it.
- January 09, 2014 No comments: 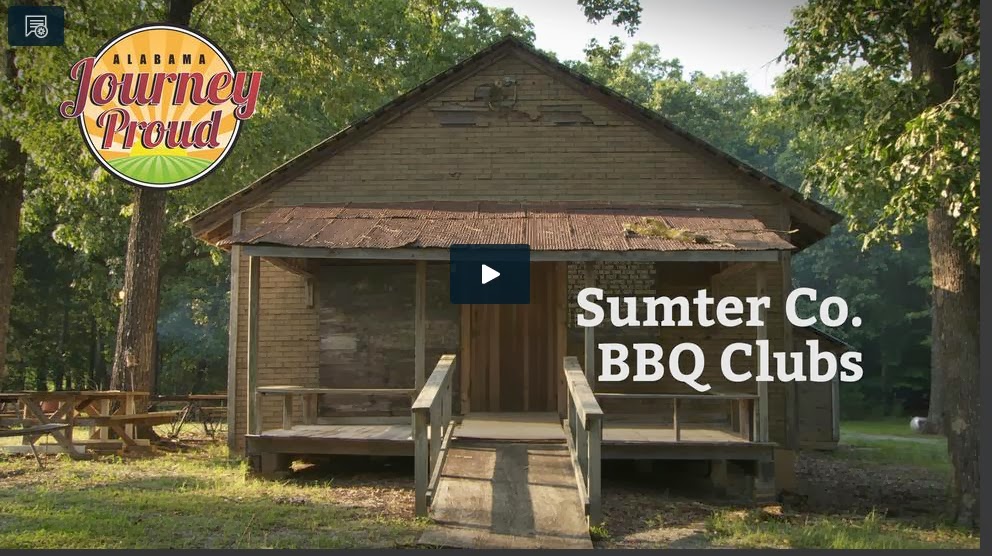 I caught a great piece on the barbecue clubs of Sumter County recently on Alabama Public Television. I wrote about the same subject back in 2008 and the documentary brought back fond memories.

The video, which is available to stream, is part of the Journey Proud series of documentaries about Alabama heritage and culture hosted by Hosted by Joey Brackner, Director of the Alabama Center for Traditional Culture.
- January 09, 2014 No comments:

Email ThisBlogThis!Share to TwitterShare to FacebookShare to Pinterest
Labels: Alabamania

A precious few Whooping Cranes and thousands of Sandhill Cranes and other waterfowl on view at the Wheeler Wildlife Refuge in Decatur, Ala. If you want to go this weekend is the Crane Festival, so plenty to see and do.