Ask what the River does for you; then, ask what you can do for the river 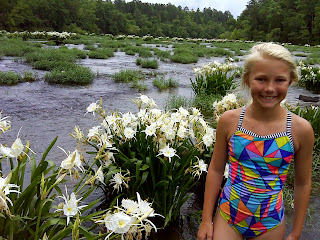 Earlier this month, I took the kids to see wide expanses of Cahaba lilies blooming in the shoals of the river at the Cahaba River National Wildlife Refuge.

If you’ve never been, you must (more pictures here).

Go between Mother’s Day and Father’s Day, the lilies’ blooming season. It is a glorious sight to behold. It is one of the handful of things that makes our little corner of the earth truly special.

With that in mind, I’d like everyone who reads this to consider giving back to the river that offers so much to us by supporting the Cahaba River Society. 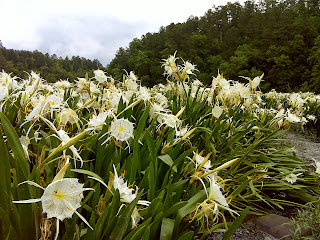 Despite the stresses and strains, despite the punches it takes from us, the river to the south still manages to support a tremendous variety of aquatic life. Those rare and glorious white lilies are found in more abundantly in the Cahaba than anywhere else on earth. The river supports 69 rare and imperiled species, including 10 fish and freshwater mussel species listed under the US Endangered Species Act. There are more fish species per mile in the Cahaba than any other similar -sized river in North America.

But that abundance is decreasing with the increased load of sediment the river now carries, caused by the alterations we’ve made to landscape. The Alabama Department of Environmental Management classifies much of the river as impaired. 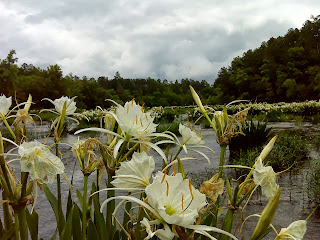 As I looked out on those lilies, as I looked around and saw people swimming and fishing and sunning, I was struck with a feeling of urgency: what can I do to help see that this place survives? What have I ever done for the Cahaba, considering all it has done for me?
It has provided a lifetime of drinking water.
It carries away the floodwaters from points as far north as Clay and from and creeks like Shades Creek in my neighborhood.
It offers easy canoeing, just minutes from my house with beauty around every bend.
It even provided the setting in which I proposed to my wife.

When I left my former job covering environmental issues for The Birmingham News, I was invited to serve on the board of the Cahaba River Society and I accepted. During my years as a reporter, I was obligated to listen to all sides of the debate and do my best to fairly portray the arguments. Throughout that experience, I found the positions advanced by Cahaba River Society’s representatives to reasonable, balanced and based on sound science and economics. It’s a viewpoint that needs to be heard in the debate over how we shape our community, a voice that speaks up for the preservation of this vital shared resource.

Right now, the next phase of development is beginning along the river. About 6,000 acres, stretching from approximately Trussville to Leeds, is slated for development with new homes and businesses. All of that is upstream from where we draw our drinking water.

The City of Leeds, its council and mayor, will have a host of decisions to make that will influence what impact that development has on the river. I’m confident that the partners in the development will make a strong case for their plans and will present proposals that they believe are protective of the Cahaba. I will not likely attend a Leeds City Council meeting to judge for myself, but I feel better knowing that the representatives of the Cahaba River Society will be there, speaking up for the interests of the river, the interest of all of us downstream.

Anything put in the river upstream has to be cleaned out of the water before it’s piped to our homes for drinking. The more sediment that is in there, the more expensive it is to clean. The development of that area will have positive consequences for the jobs and the economy, but the river will feel its effects.  Water falling on pavement isn’t absorbed by the earth and gradually returned to the river. It, instead, speeds back through gutters and culverts and spills into the river with increased velocity and volume, raising the risk for flooding and erosion of creek banks.

There are ways to develop that minimize the impact to the river and those are measures CRS has been advocating for in Leeds and throughout the region. 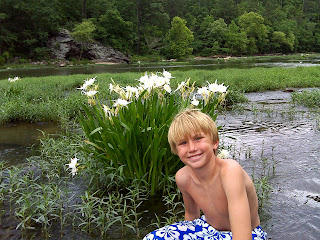 Too often environmental issues are turned into an “us against them” conflict, setting up a false dichotomy between development and responsible stewardship. One of the reasons, I came to respect the CRS is that their work goes far beyond the debates over environmental regulation and into realm of cooperative education. CRS has taken a lead role in bringing to Birmingham emerging ideas about low impact development – an approach to building that mitigates the impact on the environment. In many instances, these new approaches are not only environmentally beneficial but they also cost less than conventional building practices. CRS works directly with builders as an educator and advisor on incorporating these techniques into design and construction. CRS is not just about this weighty and serious stuff. It’s about enjoying the river, getting wet, recreating and learning. To get an idea of the full spectrum of its activities, read the annual report.

You can float the river on one of the regularly-scheduled, guided paddle trips. There is the annual catfish frying competition, the Fry-Down. There’s the Cahaba River Ramble, a 5K and 10 mile run in the spring at the Refuge. The Society supports an extensive river education program that gets kids wet with river knowledge.

I may sound preachy here, but I personally think that everyone ought to at least be a member of the Cahaba River Society. That’s just $35 a year for an individual, $50 a year for a family. If you have the money to do more, consider being a donor or a patron or beyond. This is an organization with six people on staff, a very modest budget that does so much for so many.
Labels: Environment