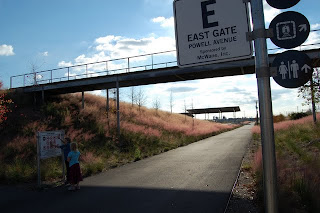 Birmingham's Railroad Park and connecting greenways envisioned along abandoned rail corridors and in the flood plains of urban streams fit nicely with a national movement to recycle cities.
Linear Parks Are Reshaping Urban Landscapes: “The High Line has kicked into high gear the whole concept of reusing urban landscapes for parks,” says Peter Harnik, director of the Center for City Park Excellence at the Trust for Public Land. “City parks used to be about clearing space to create a flat area with parks and trees.” Now, that concept has been turned on its head, with parks that incorporate former railroads, bridges and factories. The emphasis is on reclaiming land, rather than razing it and starting from scratch.
Labels: Birmingham