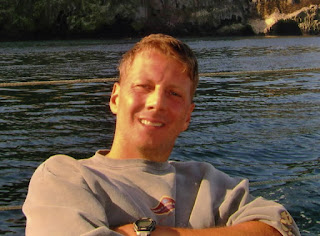 There are cliched stories about how people are changed when diagnosed with a fatal disease.
They reorder priorities, have greater empathy and deeper relationships with others, do things they'd always put off doing, embark on great adventures, conquer fear and live their fleeting days to the fullest.
But Kevin Porter doesn't quite fit the cliche. He did all those things before he was diagnosed with brain cancer in 2002, and he continued to behave accordingly as he battled cancer until his death in April at age 44.
Porter was born curious. As a 2-year-old, he managed to disassemble an alarm clock, curious to see what made it tick.
He was born fearless. The child of a single mother, Kevin, the younger of two brothers, stepped into the role of protector. When the family heard a noise outside their Vestavia Hills home at night, he'd grab his BB gun and run outside fearlessly to confront whatever was out there.
He was empathetic, always interested in raising the spirits of those around him. When his mother was sad, he'd write her a poem or sing her a made-up song while strumming his miniature guitar.
He was born with an unquenchable thirst for adventure. After graduating from Berry High School, he set out alone to backpack across Europe for the summer. In all his travels, he was never lonely because he made strangers into friends with ease.
He was never a slave to convention. A good ways into a mechanical engineering degree at the University of Alabama at Birmingham, Porter tacked as his senior year began and instead earned a degree from the University of South Alabama in leisure services, which opened the way for eight years traveling the world working in hotels and cruise ships.
Upon his return to Birmingham, he launched a successful commercial construction company and made more money than many people make in a lifetime. Then, at 34, he bought a 42-foot schooner and sailed the Caribbean solo for a year.
He was a natural, picking up skills effortlessly.
He flew airplanes and skydived. He scuba-dived off Key West, scaled the Grand Tetons alone, dove off cliffs in Acapulco, skateboarded and raced dirt bikes competively.
He rode a Honda Interceptor motorcycle the length of the Mobile Bay Causeway on one wheel. Late for class, his way blocked by a tractor-trailer unloading furniture, he didn't pause but drove his Fiat Spider under it and went on his way.
At 5, he rebuilt a lawnmover engine and at 15, using money he'd earned delivering newspapers, he bought a wrecked Monte Carlo. By the time he got his driver's license, he had it looking good and running like a top.
Almost everywhere he went, he brought along a guitar, and when in a club and the band was on break, he was prone to mount the stage to play and sing.
He was tall, handsome, always fit, and often had pretty girlfriends but because of his restless life, he never settled down.
Though he lived a charmed life, he wasn't immune to tragedy. His life was marked by the early divorce of his parents, but blessed by his mother's remarriage. Then one by one, Kevin, his brother and his mother lost his adopted brother, sister and beloved stepfather to leukemia.
Perhaps owing to his sense that life was fleeting, the money and time he made for himself he also gave freely to others.
He was a pilot for Angel Flight, a service that ferries sick patients from distant areas to medical facilities.
He once saw the story of an elderly lady whose air conditioning had gone out during a heat wave. He bought one and installed it for her.
He gave sleeping bags and supplies to the homeless and volunteered with the Jimmie Hale Mission and Habitat for Humanity.
Money from his estate will go to the Big Oak Ranch and to scholarships for his nieces and nephews.
To his mother, he left love, memories of a spirit that never flagged and pride in a son who lived life well.
Labels: characters