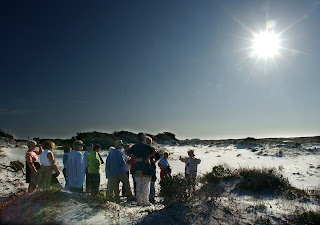 FORT MORGAN - In the autumn, coastal dunes bloom with wildflowers few people have ever seen. Chan West introduces them to visitors by both their common and their proper names: red basil, calamintha coccinea; deer tongue, carphephorus odoratissimus; false foxglove, aureolaria flava.
She knows the seasons the plants bloom for the butterflies, and the seasons they bear fruit for the birds. After nearly 70 years of observing the landscape of shifting sands on the Alabama coast, she has a better sense than most of the cycles and the seasons, the rhythms of the place and the changes that have been wrought by modern life and development.
To get to where she lives - to the place she's known since before there were paved roads here, before power or phones - you pass under scrub oaks hung with Spanish moss and go past glades spiked with saw palmetto as you follow a rutted, sandy road that, in high water, can be swallowed by the lagoon.
Salt, water and wind have eaten holes in the body of her 1977 Toyota Land Cruiser, which she expertly captains along the shifting sands.
"This thing and a winch will get you anywhere you want to go," she says with a smile.
West doesn't wear shoes if she can help it, though she has a pair of Birkenstock clogs Natural, Page 22A 17A for when she must. Unfortunately, most of the establishments in town now require footwear.
She doesn't use air-conditioning, and she heats with wood. For the past 22 years, she's cut her own wood supply, using a chainsaw, from live oaks felled by bulldozers clearing land for development.
"My lifestyle is shaped by my endeavor to live as simply as possible," West said.
'End of the world'
Her memories offer a hint of what life on Alabama's Gulf Coast used to be like. 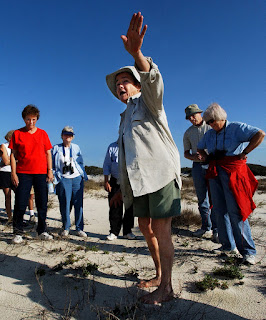 In 1930, the year West was born, her mother, Frances Gaynor, wrote to a friend: "I never go anywhere except to a shack on top of sand dune on the Gulf miles away from everyone where we spend most of our weekends. We fish for our dinner and sprawl in the sand all day and swim for hours - and never wear bathing suits for there's no one to see but the gulls and pelicans."
Her parents were among the small band of Mobilians who started returning to the coast, which had been all but abandoned after a disastrous hurricane in 1906.
The house where West's parents spent their 1929 honeymoon still stands, having survived several hurricanes, behind the protection of two ridges of 13-foot dunes.
West spent her first full summer here in 1936. She recalls she and her brothers being required to make 100 pumps on the well before they could come into the house. The family cooked on a wood stove. And they had no electricity to power fans. 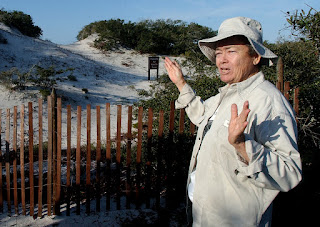 The children ran free, from Gulf to bay, with no fear of traffic or strangers. They skipped shards of Indian pottery across the waters of the Mobile Bay; in the sands of the dunes, they found rusting iron cannonballs fired from Civil War ships.
"Nobody worried about us," West said. "Most of the time we didn't see anybody. Baldwin County was the end of the world."
The landscape was different then. Rain collected in valleys between the inland dunes and formed seasonal lakes where the Wests had easy hunting, thanks to large flocks of ducks. 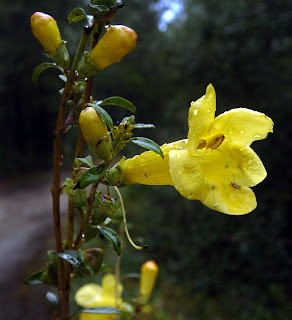 Wells now draw down the underground water supply; rainwater that would have fed the supply is moved by pavement and storm sewer systems directly to treatment plants and the bay.
That was a time when the mouth of Little Lagoon traveled with the shifting sands of the beaches. At certain times of year, the mouth of the lagoon closed. Cut off from the Gulf, the lagoon would swell with rainwater, flooding low-lying areas in what is now Gulf Shores. 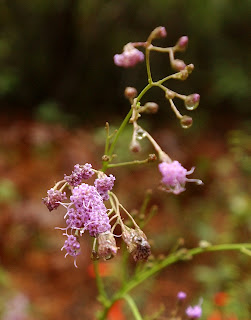 When the water was high enough, fisherman who needed to get their boats to sea would dig a trench from the lagoon to the Gulf; when the water found the breech, its force would carve a channel.
West remembers fisherman filling truckbeds with flounder seined from the plume of water rushing from the lagoon to the sea. At other times, they filled their nets with mullet, which they roasted on open fires. At night, armed with a powerful lantern, West's father waded the shallows, gigging flounder.
"We used to walk along the end of this bay and pick up a washtub full of crabs," West recalled.
That was before the jetties were built to stabilize the mouth of the lagoon and before the grassbeds began to die, which West believes is due to detergent seeping from septic tanks in town.
"All the changes have probably changed the whole way the lagoon works," she said
3 lines of defense
The beach in front of West's home is one of the few places on the Alabama coastline where you can see how the dune system works when left to itself.
You can't see the Gulf from West's home. You can hear the throb of the surf, though just barely, like a calmed heartbeat. And you can hear it because there's no interference from traffic, air-conditioning or the buzz of vapor lights.
A series of tall sand dunes shields the house. Walking between them, West can point to the weathered remains of homes blown and carried here during 1979's Hurricane Frederic. She also knows where wrecked ships lie against the dunes.
Dunes this size aren't seen much anymore. Only recently did environmental regulators begin requiring builders to build behind the second line of dunes. The first line now provides some protection from storm surges, but it is in a constant state of flux: building up and being torn down by wind and surf.
The third line of dunes is more stable, a truer backstop. And that is where her home, built where the original family home still stands, is tucked.
The storm surge from Hurricane Frederic didn't make it over that final dune. The old family house was damaged, but it was quickly patched, allowing West's mother to move back in. Frances Gaynor had been living there since 1960, alone since her husband, Leo Harold "Dutch" Gaynor, died in 1964. She lived there until her death in 1988, at the age of 82.
"She was gutsy," West said.
Frances Gaynor, at 4 feet 11, drove an enormous Chevrolet Blazer whose doors were rusted shut. She crawled in and out of the car through the window when she drove to weekly bridge games and other places.
She didn't have a phone installed until two weeks before Frederic.
Living solo
Like her mother, West was widowed in her 50s and had to make a new life for herself. Her husband spent 28 years in the Army and, with him, she moved from place to place.
They always found time to make it back to the coast for some portion of the year. In 1982, when he was 51 and they thought they'd accumulated enough to live on, they retired and started building their own house on the coast. Just six weeks later, he was diagnosed with cancer. He fought it for 71/2 years.
It was during this period, when she was bound to the house to care for him, that she learned the names of the wildflowers she'd always seen blooming. Years later, West wrote trail guides for visitors to the Bon Secour National Wildlife Refuge, and she often leads tours of the land she knows so well. 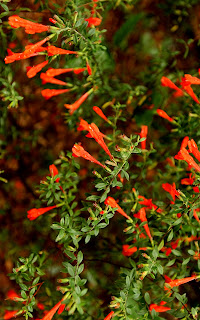 Though her home is in a remote spot, West is a case worker at a community service organization and is active in civic and environment groups. She also serves as an interpreter at a medical clinic for migrant workers and the indigent and for medical missions to Guatemala.
A mathematics graduate of Randolph-Macon College, with two years of graduate study in physics at the University of Alabama, West has continued learning, too. She's just returned from a two-week trip to Greece, where she took a course on the travels of the Apostle Paul.
West is not wealthy but can afford a trip like that because she is frugal and lives simply, she explains. No cell phone, no cable or satellite. Without air or heat, her power bills are low; even in the heat of summer, she said, well-placed fans and open windows make it bearable. Of course, bearable is a relative term.
"Living this kind of life, you learn to cope with things," she said.
Conveniences, comforts and entertainment have their costs, and some of those costs aren't immediately obvious. If she shuts her doors and windows, West said, she can't hear the waves or weather, or the songs of the birds and insects.